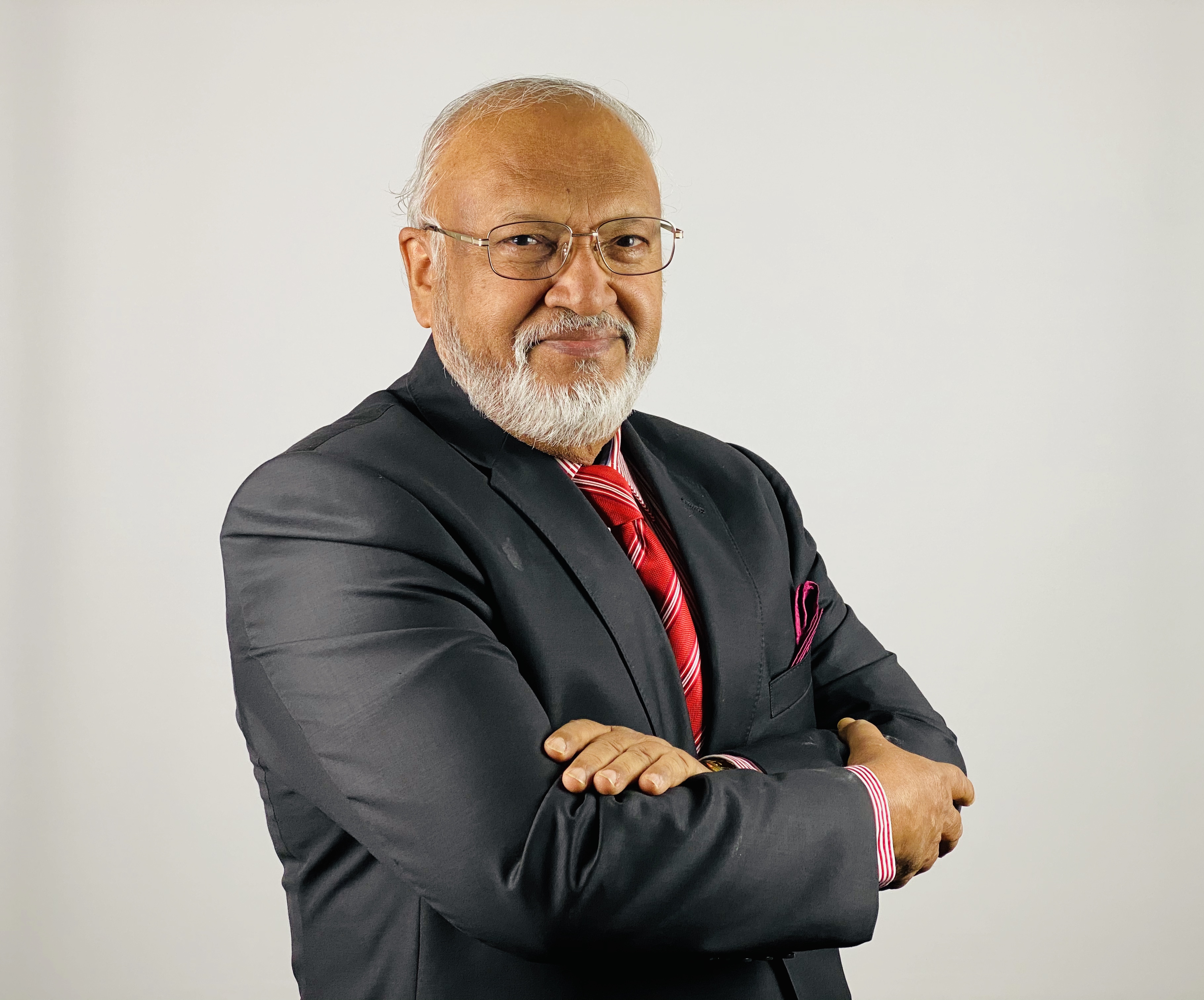 Haji Rasheed is a member of the Honourable Society of Lincoln’s Inn, London and was admitted as a barrister-in-law in July 1978. He served as a Magistrate, Deputy Public Prosecutor and Senior Assistant Registrar of the High Court. In May 1983, he joined Shell Malaysia as its Legal Adviser.

Haji Rasheed was attached to the offices of Shell International, London and The Hague where he gained valuable international exposure. Haji Rasheed also served as Legal Adviser of Sarawak Shell Berhad and Sabah Shell Petroleum Company Limited that are both Shell’s upstream companies engaged in exploration and production of oil and gas.

Amongst others, Haji Rasheed played a key role in the management of Shell Retirement Benefit and Provident Funds in his capacity as Secretary and Legal Adviser Haji Rasheed’s last post in Shell was as General Counsel for Shell Companies in Malaysia for Oil Products (Downstream).

He had acted as Malaysian counsel for an international arbitration held in London involving a Malaysian conglomerate and its European distributor.

◊ graduated from the Inns School of Law, London.

◊ became a member of the Honourable Society of Lincoln’s Inn and was admitted as a barrister-in-law in July 1978.

◊ joined the Judicial and Legal Service and served for 4 years as a Magistrate, Deputy Public Prosecutor and Senior Assistant Registrar of the High Court.

◊ In May 1983, he joined Shell Malaysia as its Legal Adviser and worked under various portfolios in its Legal Department. Haji Rasheed also worked in the offices of Shell International, London and The Hague.

◊ has acted as Malaysian counsel for an international arbitration held in London involving a Malaysian conglomerate and its European distributor.

◊ He is a regular speaker at corporate counsel conferences and provided key insights on managing external counsel, both local & foreign lawyers, effectively.

Since joining Azmi & Associates as a lawyer in 2000, he had:

⊕ reviewed the corporate structure of in-house legal departments of major Malaysian conglomerates and recommended effective new structures to enhance their the value-add to management function levels;

⊕ reviewed various large commercial disputes, and made recommendations on settlement and litigation strategies to be adopted if settlement is not possible;

⊕ acted as Malaysian counsel for an international arbitration held in London involving a Malaysian conglomerate and its European distributor;

⊕ led a team of lawyers from A&A to review the aviation laws of Malaysia in particular areas relating to privatisation and made recommendations to the client with proposals for changes to relevant legislations; and

He was involved as an advisor in Azmi & Associates to various deals involving Mergers & Acquisitions (“M&A”).

He has acted as counsel for construction disputes involving contractor’s claims exceeding RM15 million in an arbitration held at Kuala Lumpur Regional Centre for Arbitration (“KLRCA”).

He also acted as counsel for a main contractor who had raised numerous expense claims and variation orders which ran into more than RM50 million which were rejected by the employer. He recommended a strategy which was used by the main contractor which resulted in a win-win situation for both parties.

Haji Rasheed as the Legal Advisor for Shell Sarawak Berhad and for Sabah Shell Petroleum Company Limited and is also a member of the Tender Committee for SSB and SSPC. This committee reviewed all tenders for the construction of facilities both onshore and off-shore in Sarawak and Sabah.

He was involved in the drafting of construction contracts for the Shell Malaysia Downstream companies.

Even though he was instrumental in drafting all construction contracts and its implementation, two major contracts which he was personally involved were:

⊕ The construction of multi-product pipeline from Malacca via Port Dickson to KLIA (Kuala Lumpur International Airport, Sepang). This was a multi-million contract and he was involved from drafting of the contracts, the implementation of the contracts as well as the close out of the contracts. The parties involved Shell Malaysia Downstream, PETRONAS and international contractors.

⊕ The upgrading of the former Shell Refinery in Port Dickson which involved drafting of construction contracts, becoming a member of the Construction Supervisory Committee as well as resolving construction disputes/claims arising from the said construction.

Haji Rasheed was involved in major construction of a resort with golf facilities and was instrumental in drafting “rescue contracts” and other sub-contracts for a project which was abandoned halfway.

His expertise in managing major construction contracts enabled him to advise the employer to reduce the exposure of claims form the existing main contractor and have the project completed by other sub-contractors.

He is currently managing the dispute between the employer and the main contractor which is now going for arbitration.

He is instrumental for a strategic plan to pursue claims arising from construction of major security facilities in 10 areas in Kelang Valley and he is now involved in pursuit of claims in arbitrations. Final awards have been received for three arbitrations and other arbitrations are still ongoing. The claims are close to RM100 million.

Haji Rasheed has acted as the Adjudicator for the adjudication proceedings as well as counsel for the claimants and the respondents in numerous adjudications since 2015.

Haji Rasheed has handled few arbitration proceedings as counsel in both domestic and international arbitrations.

Currently, he is managing five (5) domestic arbitrations as lead counsel for the Claimant and the arbitrations are being conducted at the AIAC and is acting as an Adjudicator in a construction dispute.